Kim Kyoungae is a South Korean artist who has lived and worked in India since 1994. She completed her undergraduate programme in painting from the Faculty of Fine Arts, Andong National University, South Korea in 1992. Her philosophical enquiries, attraction to the rich cultural heritage and curiosity about the differences and similarities as an Asian country led her to pursue further studies in India. She further broadened her knowledge of conservation and preservation of art during a MFA in Museology from the Faculty of Fine Arts, M.S.University of Baroda.

Kim Kyoungae has had seven solo exhibitions in India and has also participated in several group exhibitions, art camps and workshops both within India and internationally. She has been invited for the two person show – “Diaries” with Claire de jong in 2018 by ACHAA Project, Antwerp, Belgium and “Kowin France - 2018 Festival des jeunes artistes Coréens” by L Concept Gallery, Paris in 2018. Her language of abstraction is formulated through metaphorical landscapes that bridge her rooted interest in observation, analysis, reflection and interpretation of her immediate realities.

Since 2018, she decided to break away from the comfortable rhythm of daily mundanities for three months, every year, through self-structured residency projects. Distancing herself from familiarity forced her to challenge the limitations posed by circumstance which led to a discovery of alternative methodologies and mediums informed by experiences that travel entails. 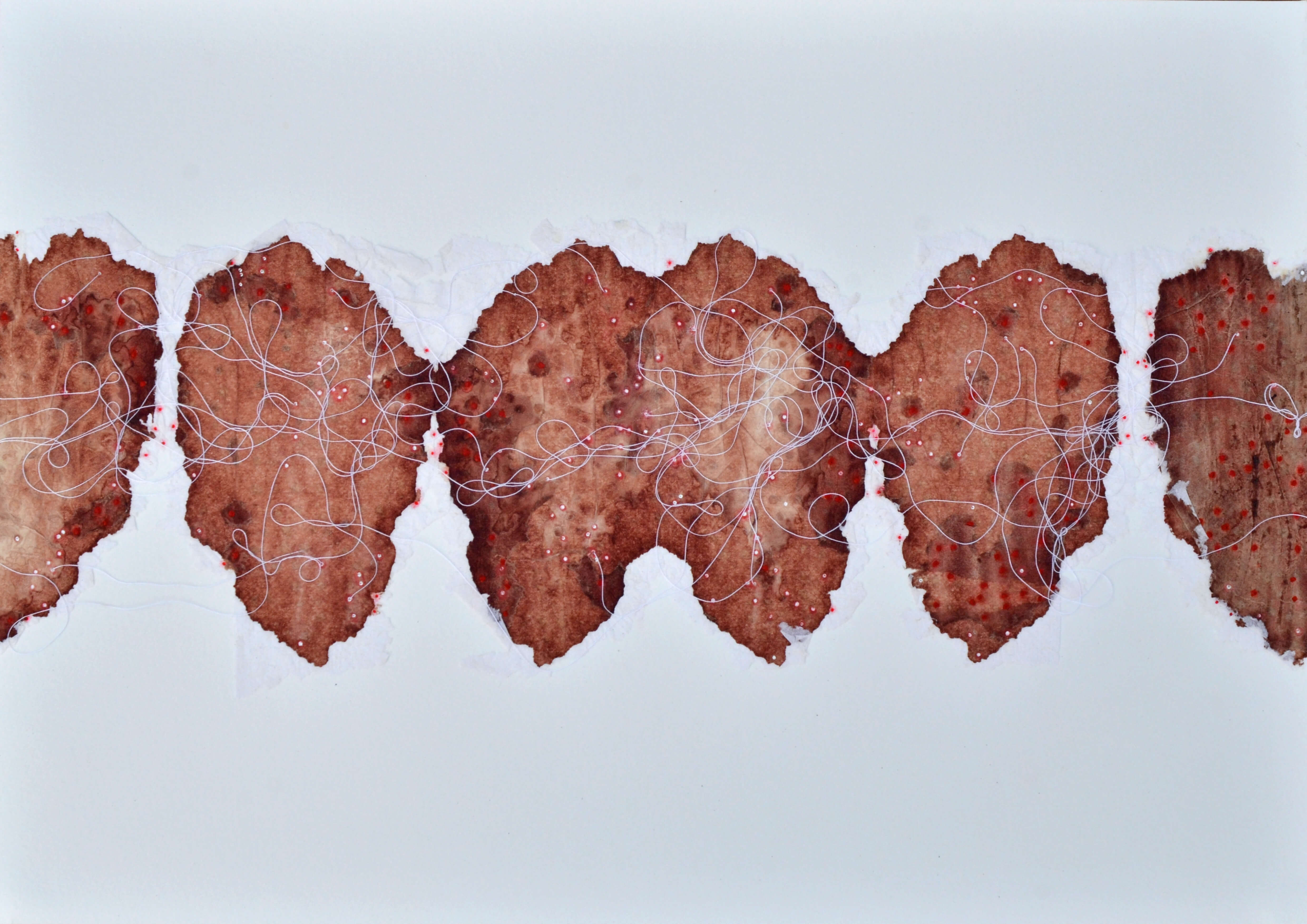