Jignasha Ojha's practice uses elements from miniature painting traditions as a means to articulate her surroundings and experiences. The human figures rendered in typical miniature painting 'style' become motifs of sort. While reminding you of a bygone era, also read as agents of tradition and rigidity, their gesture and mannerisms are almost like those of the Gana Figures from reliefs in ancient Indian relief and sculptural traditions. These figures emote a range of behaviours from appreciative, to demeaning, and empathetic to cruel.

Introducing them as stimulators or provocators in a scene with one large stiletto, heightens the overall emotive capacity of the picture. One first sees the stilettos, observes the various designs and patterns, and then the viewer's gaze moves across the work from one figure to the other, acts of poking spears, offering appreciation through incessant clapping, taking refuge, offering care and kindness, are some of the many gestures on display.

The centrality of the composition forces the viewer to look beyond the obvious, and begin reflecting their experiences and form camaraderie with the metaphor of the stilettos. For the artist, the stilettos stand as a testament to the image of a woman. It is through this that intentions of the almost all male miniature figures becomes clear. 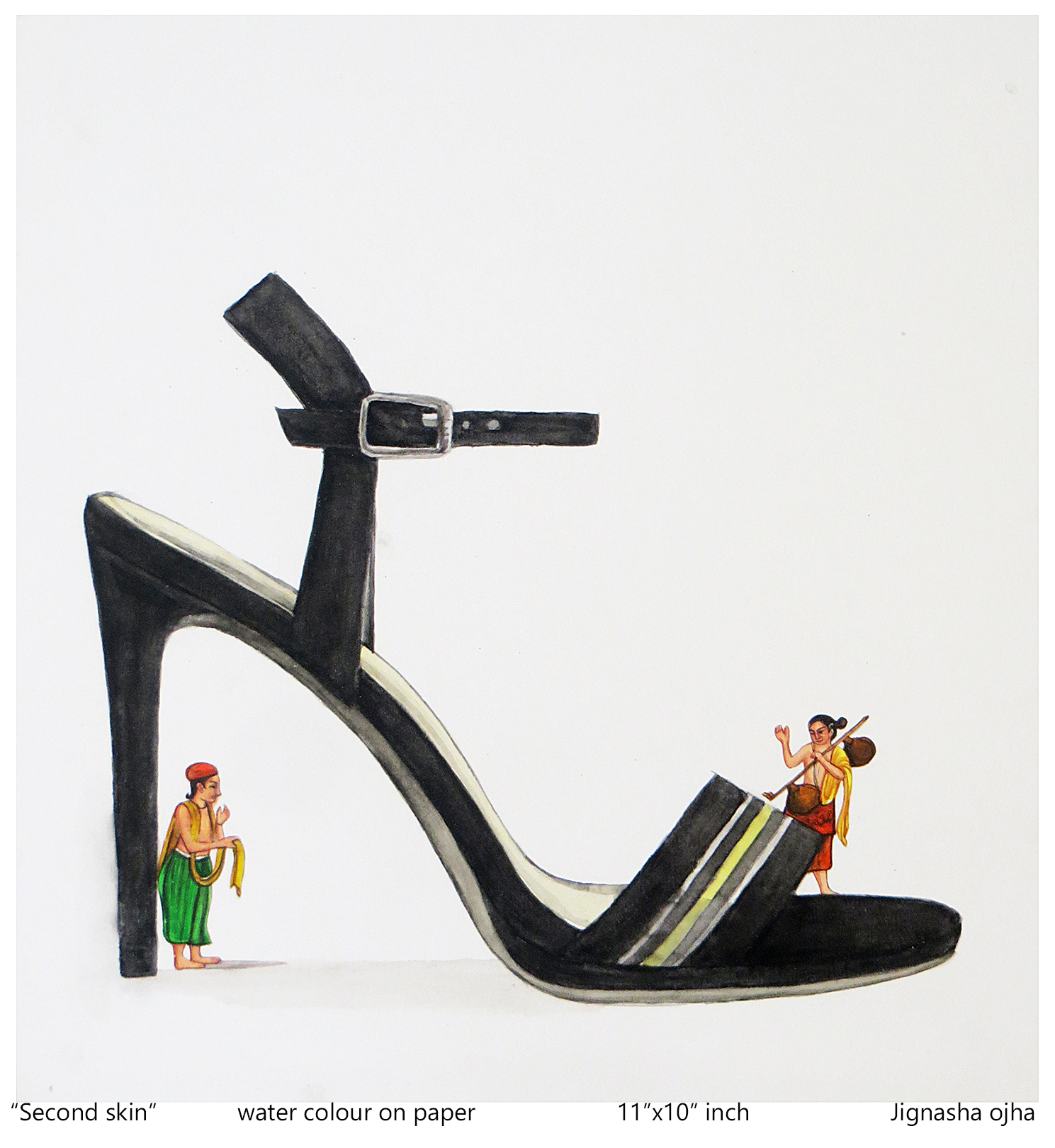 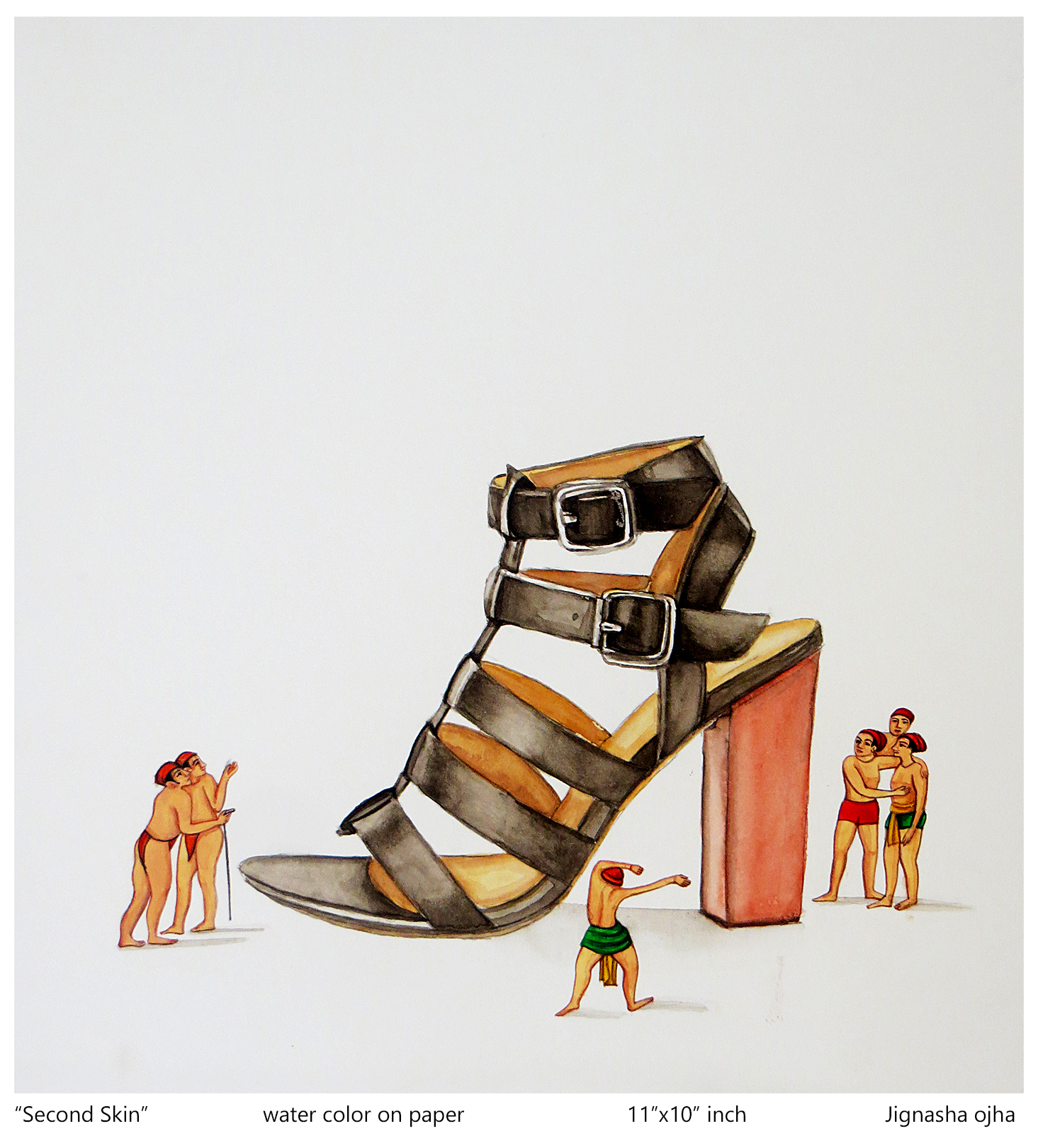 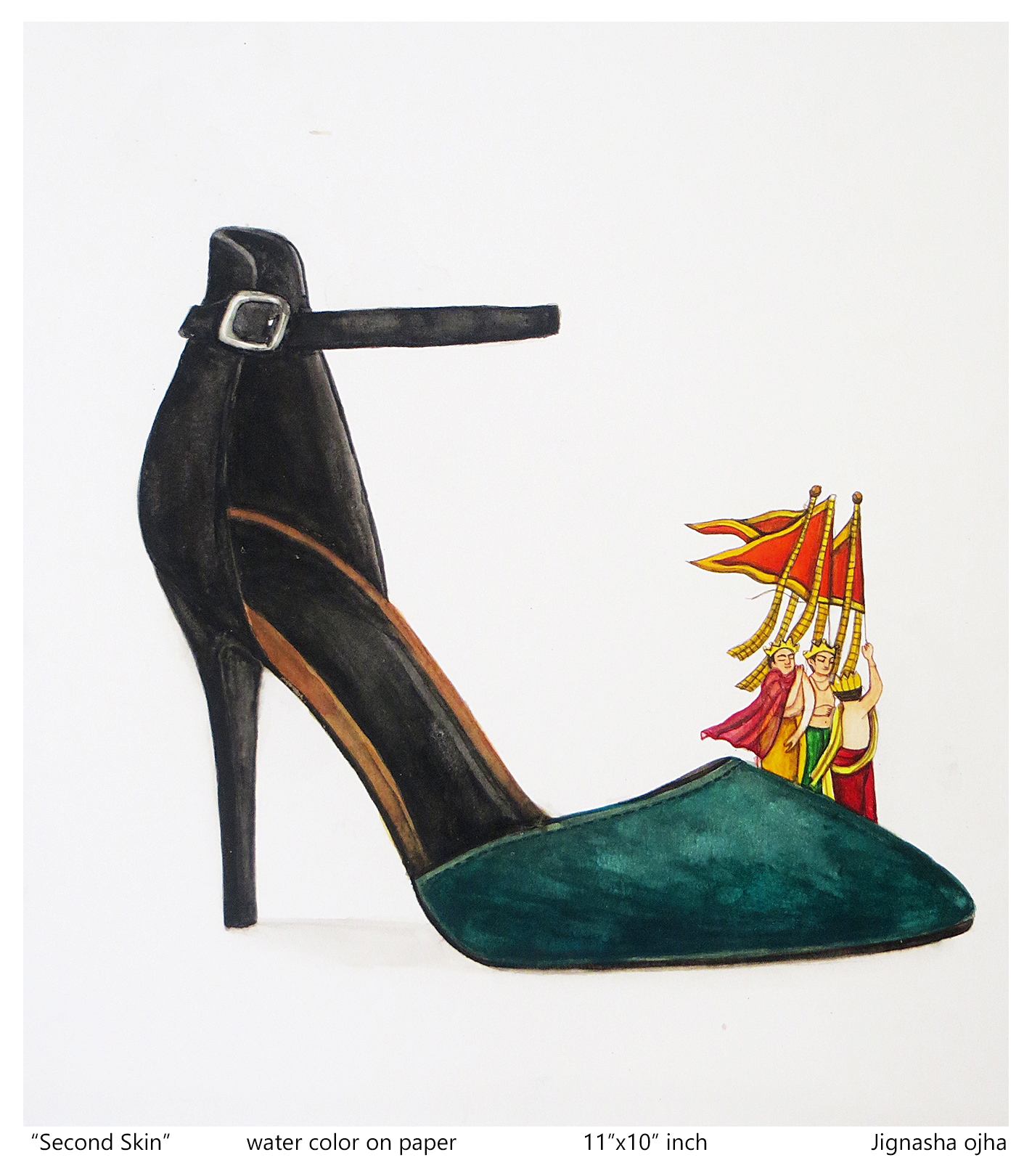 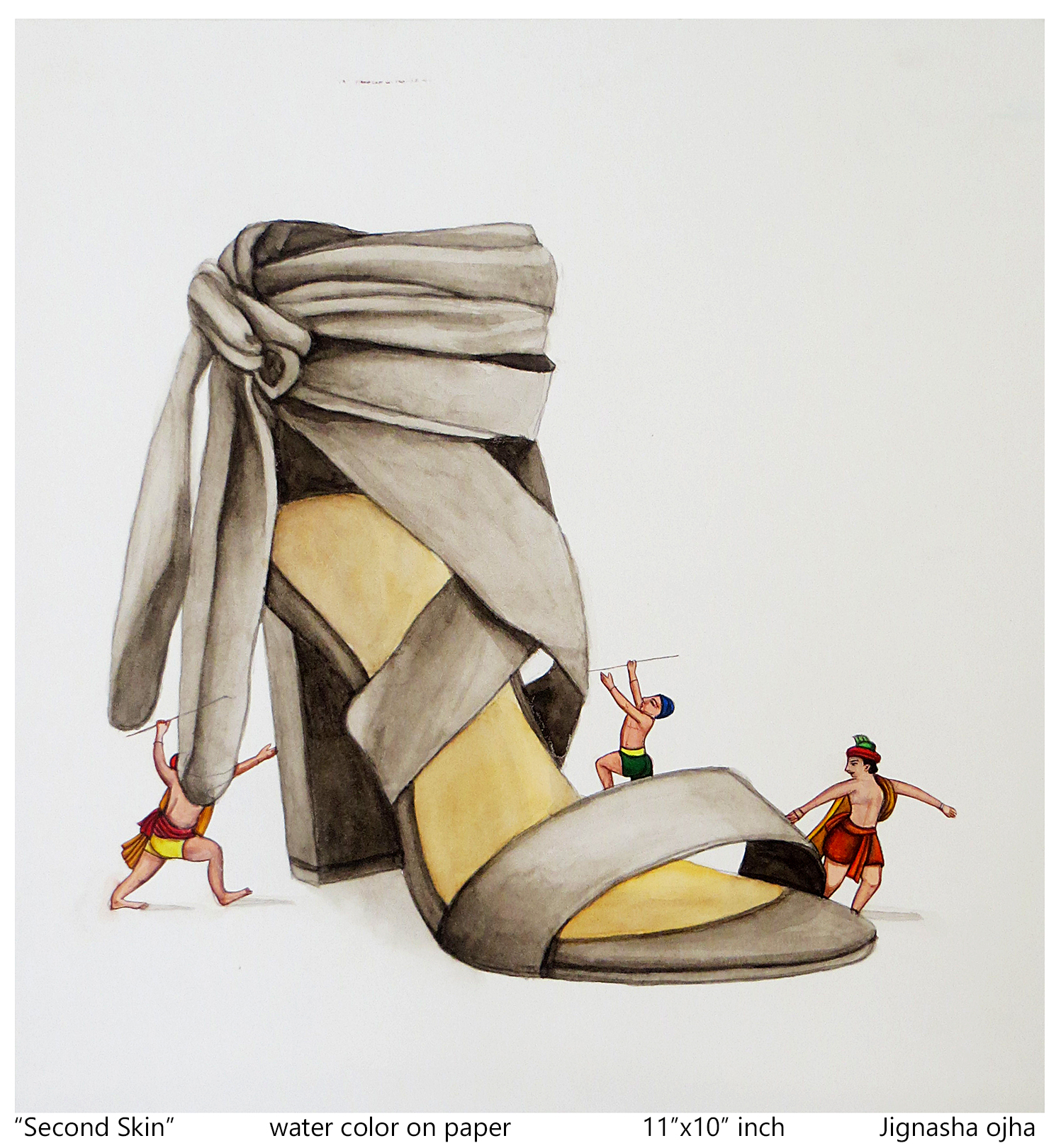 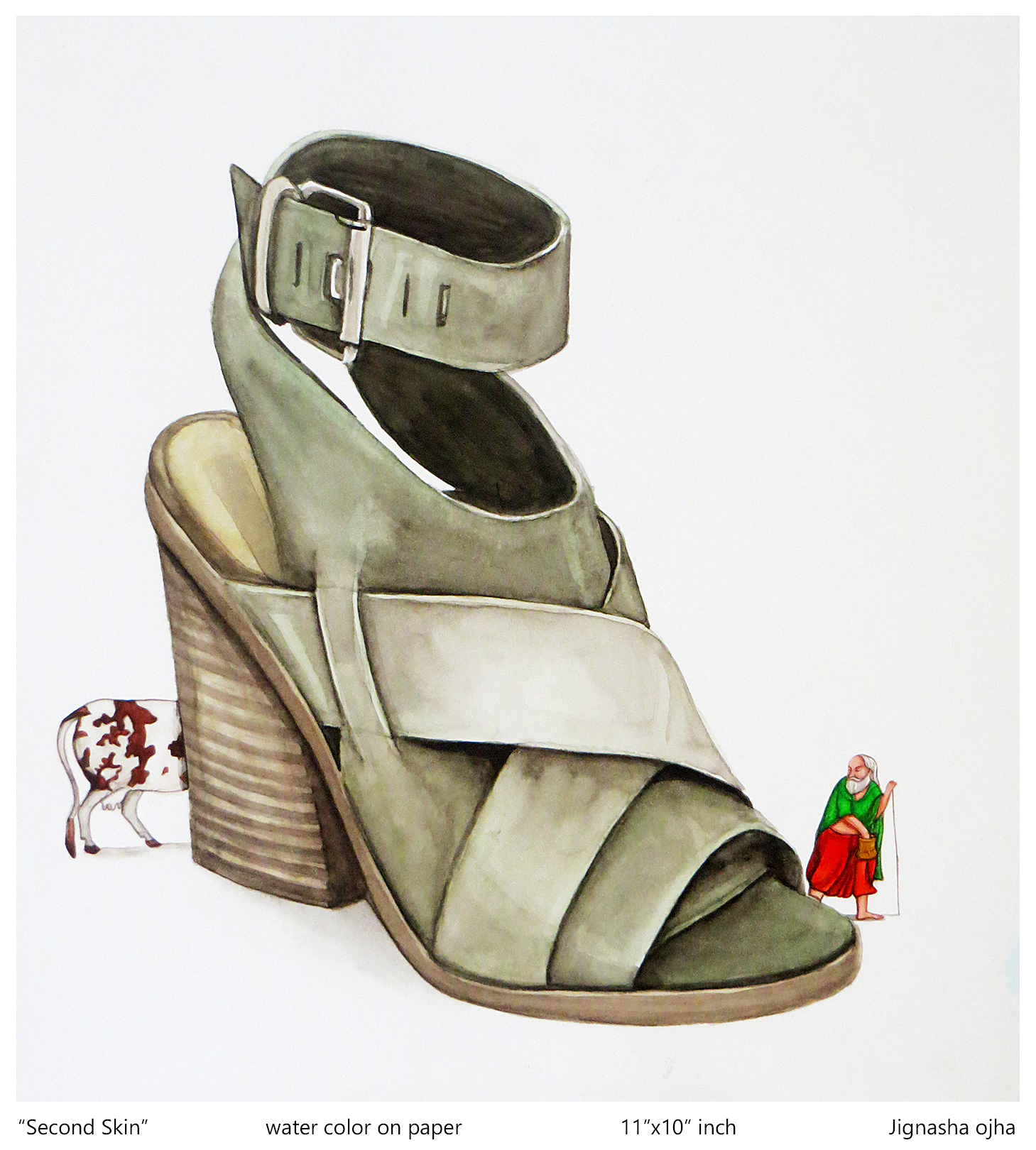 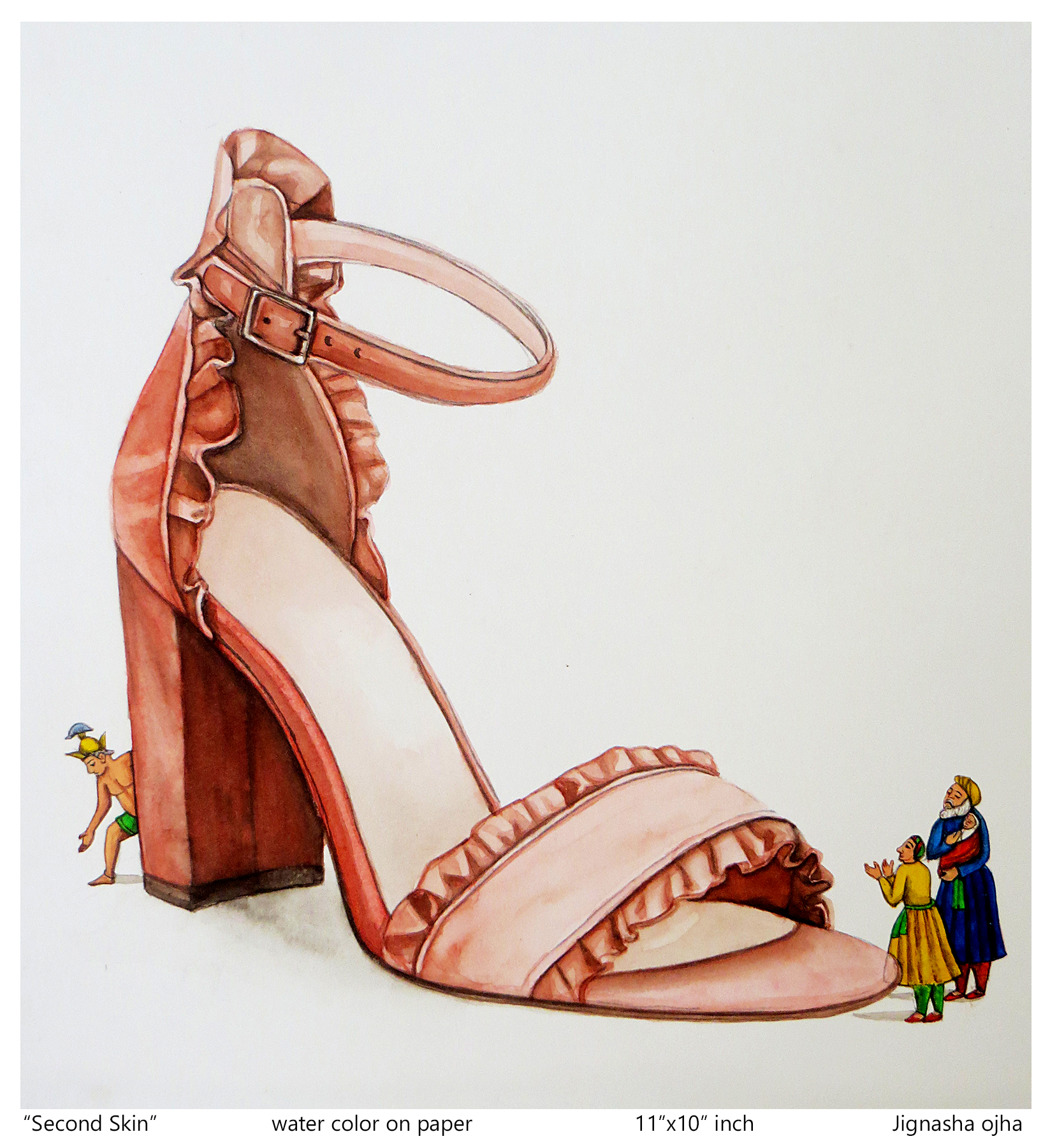 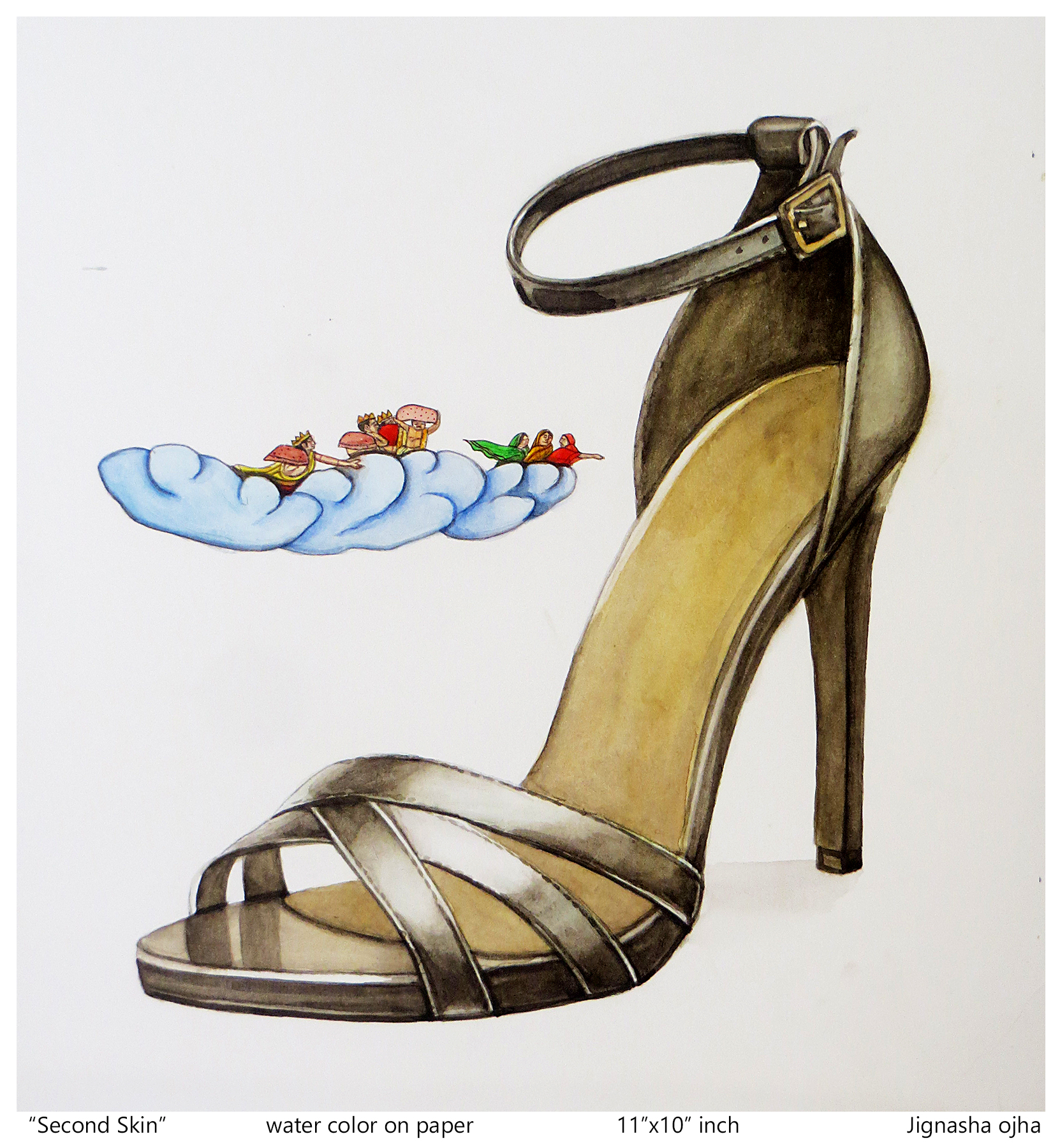 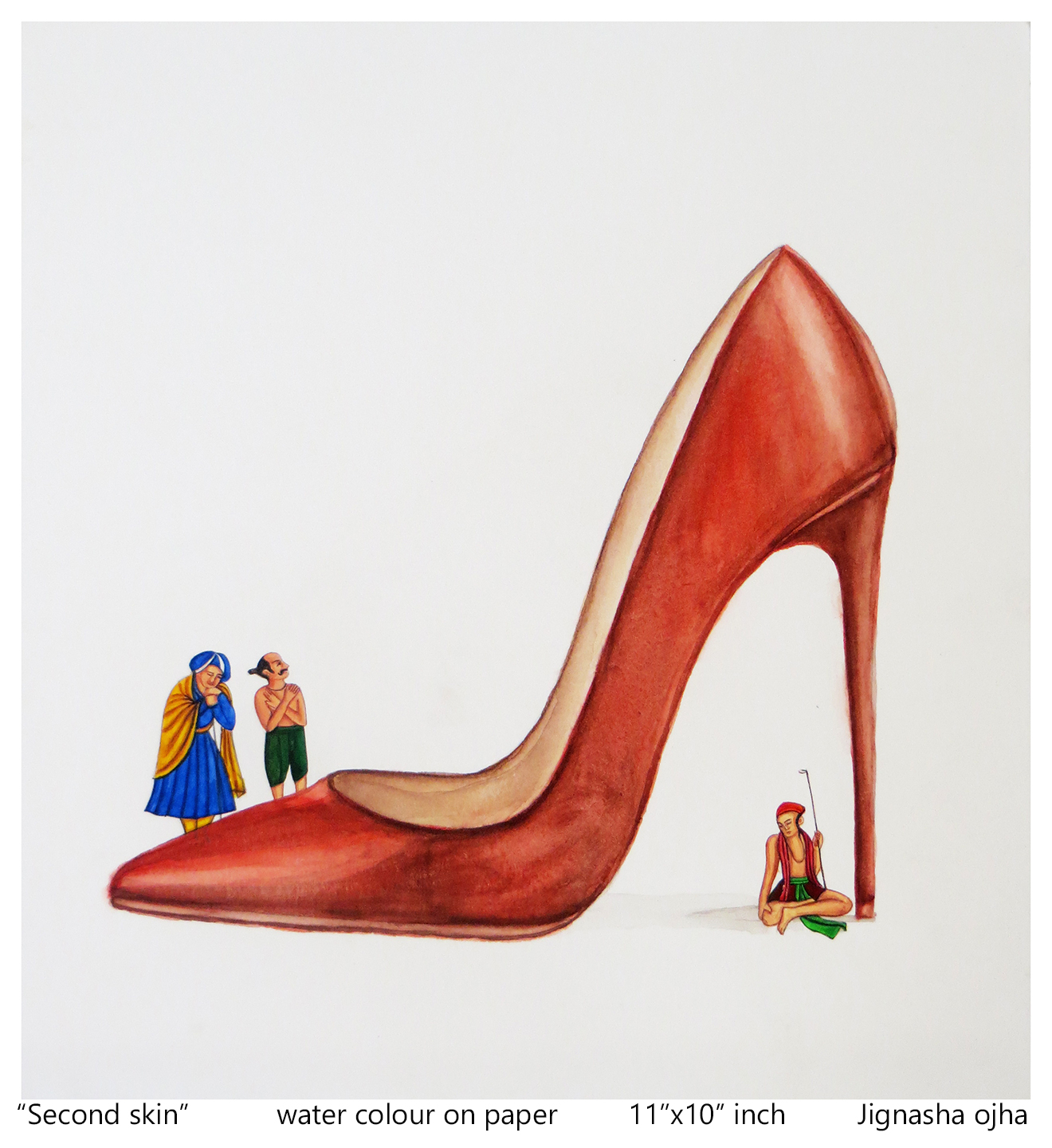 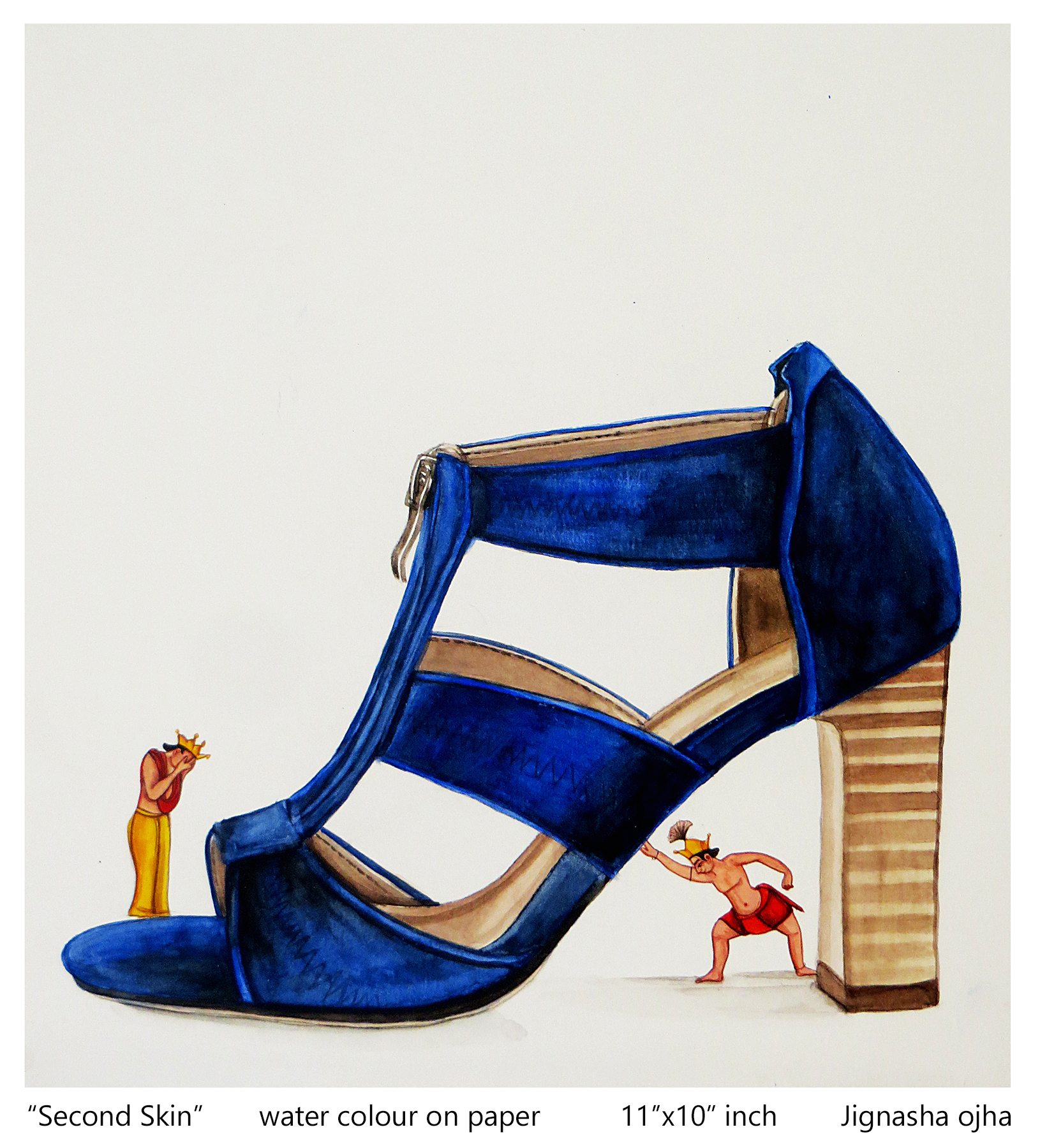 Curated By Text by Satyajit Dave