Mayadhar Sahu's work is fuelled by a sense of isolation and chaos - a consequence of the hyper urbanized life in cities. He attempts to reconcile this by re-creating objects that remind him of his village and the time he spent there. While the choice of his material freezes time to create an emotional refuge, the selection of imagery evokes a personal nostalgia, crescendoing to a deafening silence. The impersonation through material -wood, metal and marble- triggers a curiosity, teasing our sense of reality and imagination - further adding to the larger para-fictional ambits of the work. The works like the typewriter, lampshade, cook-book, telephone, knobs of garlic, bales of coconut and bananas etc, act as reference points to objects from our own surroundings that we so often overlook, which nevertheless are stored as a powerful memory within our subconscious. The mundane objects in the exhibition get transformed into ‘objets’ and in doing so, they become a medium through which the viewer taps into their own subconscious and relives their memories 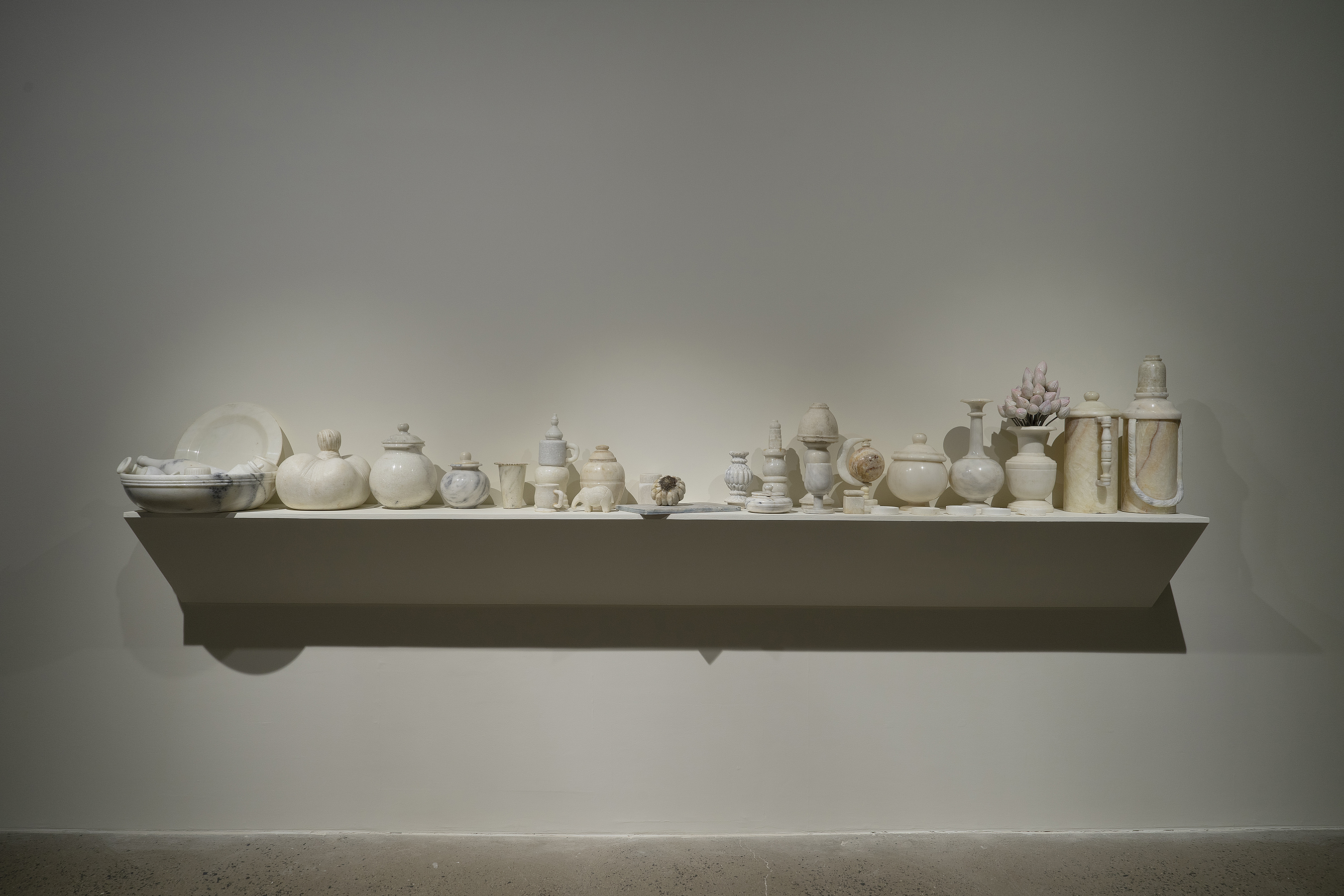 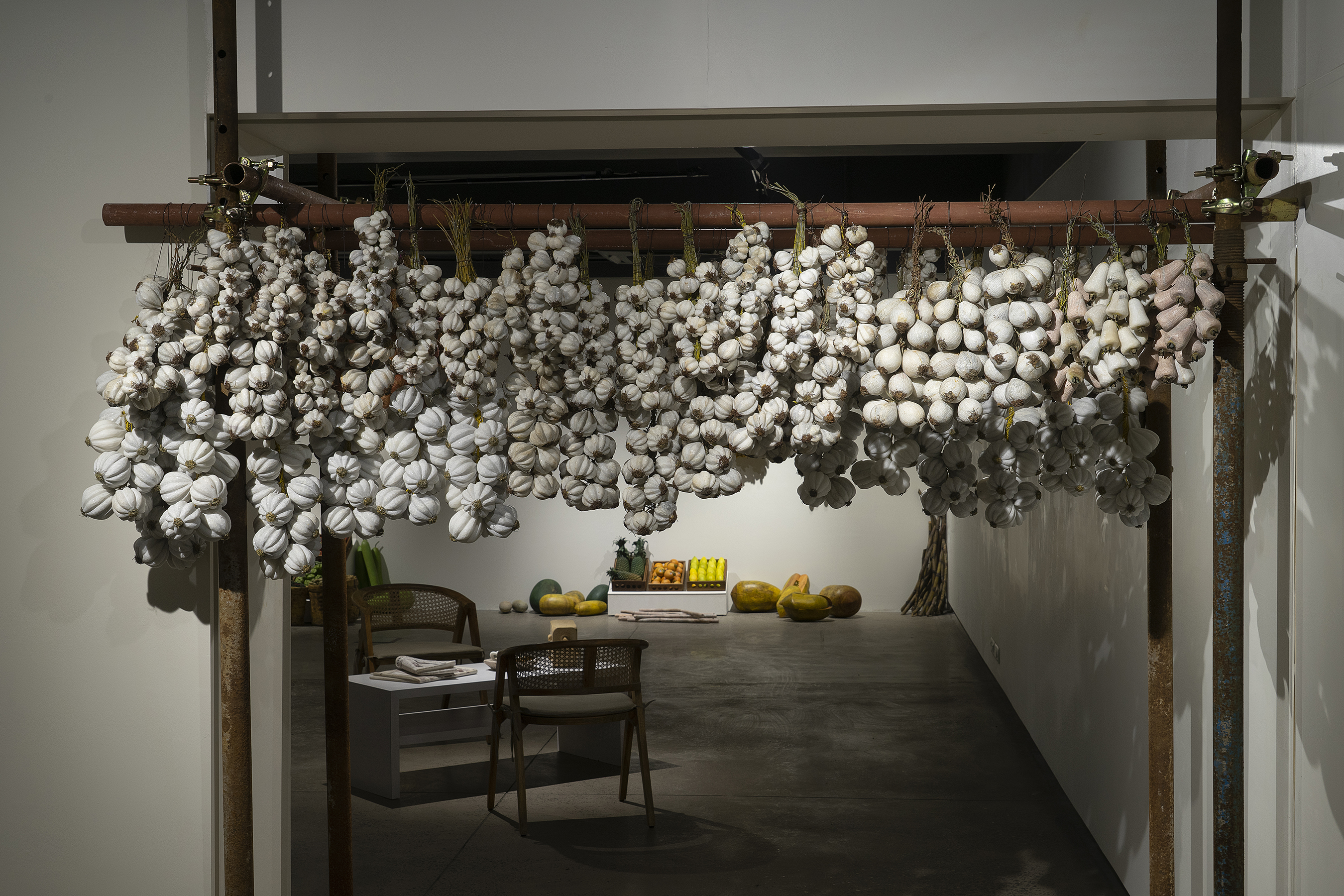 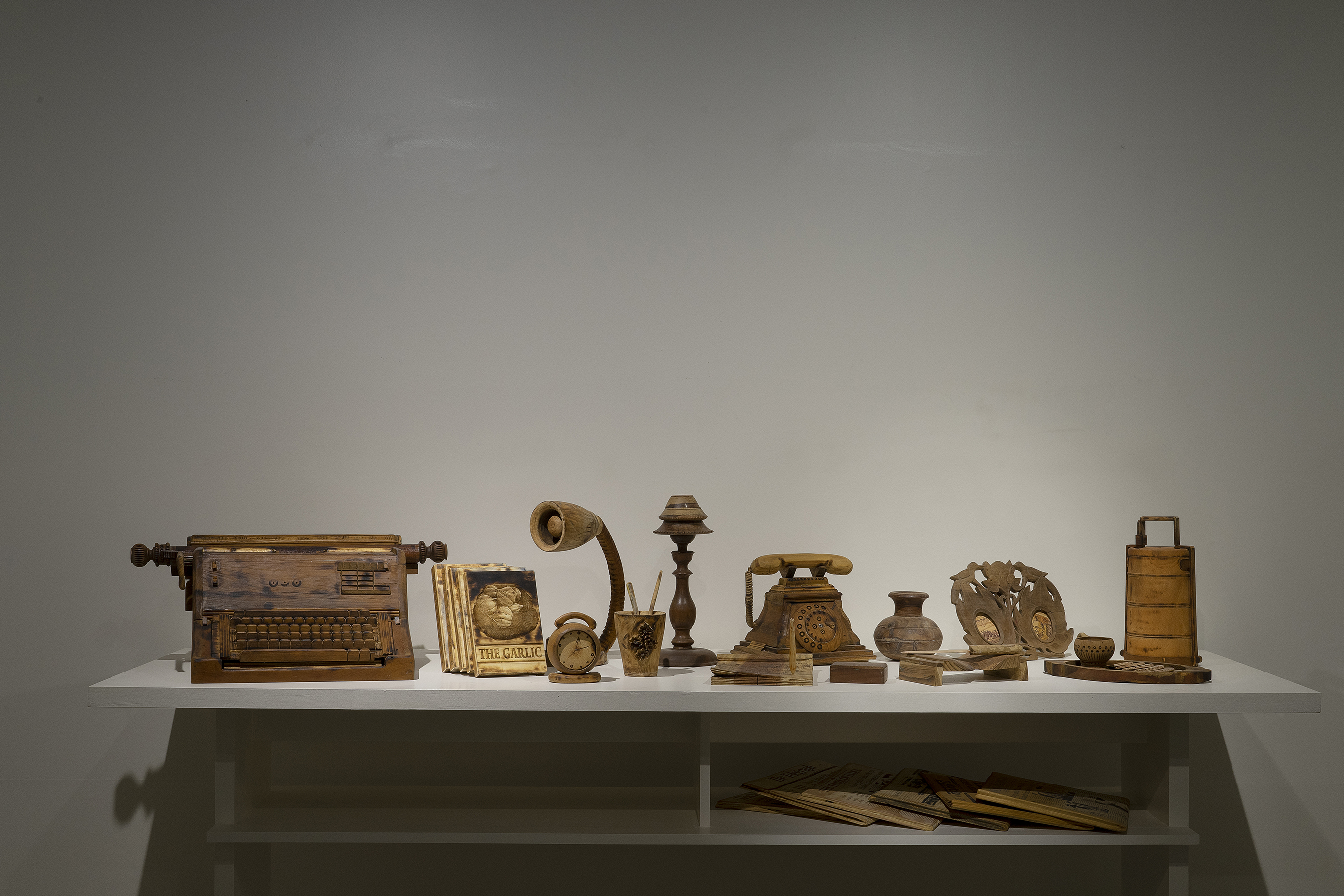